“The words they breathe from their mouths are as wise as the winds they fart from their asses.”

I have been trying to track down the source of this quote I once heard attributed to Leonardo da Vinci, and I believe this is it: 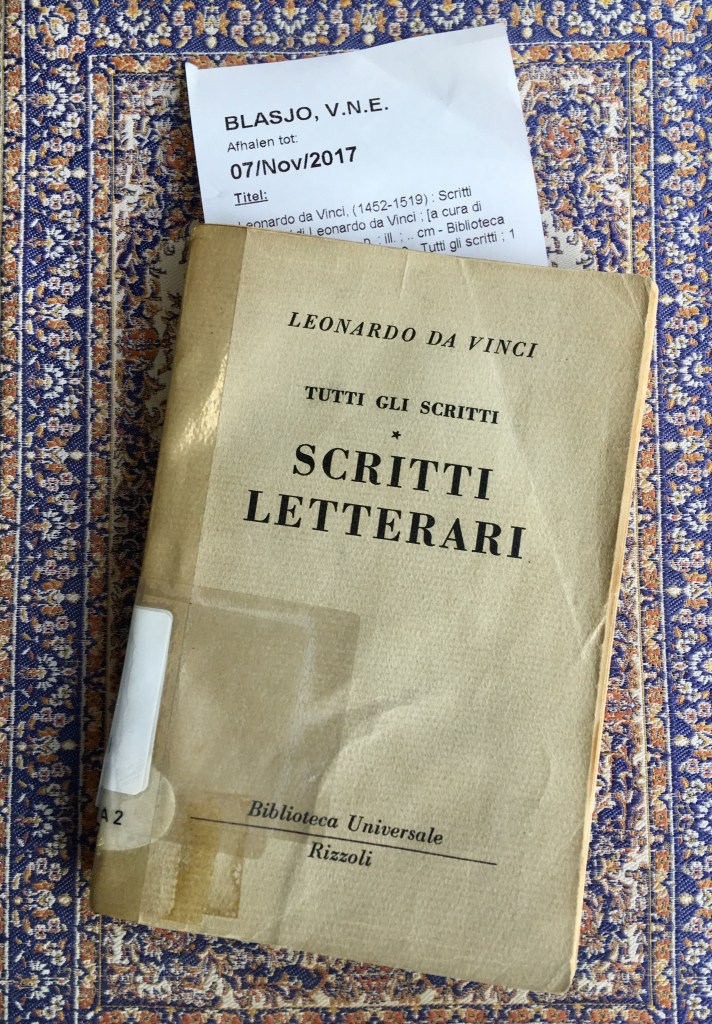 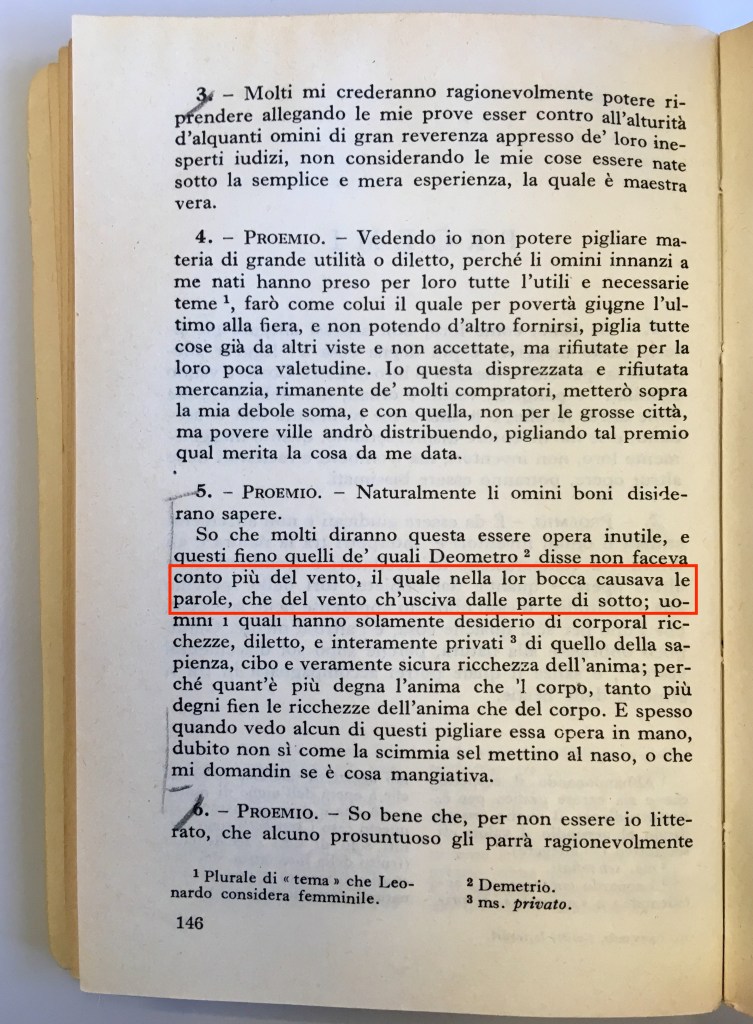 It’s a bit less colourful than the translation I heard, but close enough.

Words like these have a bad reputation these days, but I believe they express a healthy rejection of authority that was key in the Renaissance and scientific revolution. But who should get credit for it? Not Leonardo, evidently, for he attributes the saying to an ancient source, as we see. According to one editor, no such passage can be located in extant works. This suggests that: Leonardo had access to ancient works we don’t; he copied from them liberally; the things he copied are now erroneously attributed to him; Leonardo and his contemporaries were happy to raid ancient sources for cool ideas but took little care to preserve them whole.

Interestingly, this is exactly Russo’s hypothesis regarding Leonardo’s scientific works generally. Thus he writes for example: “Leonardo’s ‘futuristic’ technical drawings … was not a science-fiction voyage into the future so much as a plunge into a distant past. Leonardo’s drawings often show objects that could not have been built in his time because the relevant technology did not exist. This is not due to a special genius for divining the future, but to the mundane fact that behind those drawings … there were older drawings from a time when technology was far more advanced.”

I was always inclined to believe Russo, and all the more so now that my investigation of the fart quotation independently vindicated his view.